The latest national survey that looks at the ability of young people to better their lives through economic opportunity and education comes with some good news for Mississippi: More students are graduating from high school and more people are going to college. But even with these positive measures of upward mobility, the state lags behind much of the nation in key areas, according to the 2014 ?Opportunity Index.?

The state?s overall education score — a count of 3 and 4 year olds enrolled in preschool, on-time high school graduation rates, and percent of adults ages 25 and older who earned an associate?s degree — improved the most. Preschool enrollment has been relatively stagnant over the last year, but the number of high school students who graduate in four years increased by more than four points to 68 percent. Adults in Mississippi with two-year degrees grew by more than two points since 2011 to 29 percent, the index found. 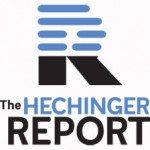 However, the number of young adults ages 16-24 who are out of school and not working remains one of the highest in the nation, with 19 percent or more than 79,200 young people in the state in this category. That represents a one percent increase since the first time the index released its snapshot of the nation in 2011.

?For Mississippi in particular, that?s a number to watch,? said Russell Krumnow, managing director of Opportunity Nation, a coalition of more than 300 businesses and organizations across the country. ?It?s really important because we know that when young adults do well, communities do well.?

Opportunity Nation, and?Measure of America, a project developed by the nonprofit, New York-based Social Science Research Council, compiled the index. The factors considered include economic, education, crime and health indicators, all thought to expand or restrict the sense of upward mobility that is so closely associated with the American Dream, researchers believe.

This year?s data show that since 2013, despite a rise in income inequality and poverty, opportunity on a whole has increased slightly in Mississippi and nationwide.

RELATED: Can the hundreds of education experts who flocked to Mississippi improve life for the state?s black boys?

The state also saw improved scores in community and economic factors. More people have Internet access, an increase of more than 7 percent since 2011, and although the poverty rate grew by nearly two points to 24.2 percent, unemployment dropped from 8.2 percent in 2013 to 6.8 percent in 2014. The index defines unemployment as the percentage of people out of work but actively seeking employment compared to the number of people in the labor force.

Mississippi?s violent crime rate dropped too, but only slightly and Krumnow noted the connection between crime and upward mobility. ?In the aggregate over time we know that people who live in unsafe places tend to have their opportunities diminished,? he said. ?We know that has real ripple effect to people’s lives.?

Mississippi?s median household income is more than $13,000 below the national average and has dropped by about $2,000 since 2011. The state?s poverty rate is more than 8 percent higher than the national average of 16 percent, and has grown by about two percent from three years ago. The numbers also show that residents in the state widely lack access to grocery stores and medical doctors.

Some education advocates in Mississippi say many of these factors will not improve until there are drastic improvements in education funding. Since 1997, the state has only fully funded schools twice, which has prompted a lawsuit involving 20 districts that seeks to recover budget underfunding, and a ballot initiative that aims to change the state?s constitutional language and require the Legislature to fully fund schools. Other advocates say early education must improve in Mississippi. Only 6 percent of the state?s 4-year-olds have access to state-funded pre-k, and recent numbers show that two-thirds of Mississippi?s kindergarten students start the year unprepared.

This story was produced by The Hechinger Report, a nonprofit, independent news website focused on inequality and innovation in education. Read more about Mississippi.