It’s?a?rainy Saturday morning in the Mississippi Delta, but Sam, Tim, Marnesha, and Lily have trudged their way to the Greenville?library. The four high schoolers have?come for a two-hour French lesson. There are hardly any patrons at this hour, and their boisterous arrival shatters?the silence. They are excited for a reason: next month, the young scholars will leave the United States for the first time and travel to Quebec City for a two-week immersive study abroad opportunity. In preparation, they are mastering four new French verbs today.

The students have been gathering?twice a month since last August to practice their speaking skills, discuss historical and cultural differences, and plan the details of their trip. At this session, they?receive good news about their fundraising efforts. They are now over the halfway mark and are brainstorming new ideas. The discussion turns to the complexities of the passport application process, and?then to Quebec City’s cultural attractions. They?watch a short clip of Quebec?s renowned Cirque du Soleil ? rumor has it the circus offers free street performances in the summer.

Quebec City is considered the most Francophone city in all of Canada, and the epicenter of Quebecois tradition, which makes it a great place to practice their French. It’s an ideal destination for first-time adventurers thanks to relatively convenient and affordable?flights, a weak Canadian dollar, and a reputation for safety. It also doesn?t hurt that their French teacher, me, comes to them by way of Canada (albeit the west coast). Hopefully my?familiarity with the Canadian province will ease their transition. ?

Outside of?the usual fun tourist activities, the students expect their trip to be challenging, and not only because this will be their first trip abroad. They will attend language school in the morning, conversation classes in the afternoon, and will have to converse with their host families in French, a task that?seems daunting. The students also spend time thinking about cultural norms: for example, how to adeptly avoid doing ?la bise? (the infamous French cheek-kissing). Some of the fussier eaters worry about how to politely approach new foods, and the group stresses about remembering to use the correct formal register. The latter, someone explains, is the equivalent of inserting ?ma?am? or ?sir.? ?At their next meeting, the students will explore the rich gastronomical tradition of French cheeses which will help them understand the bizarre franco obsession with the smelly indulgence.? 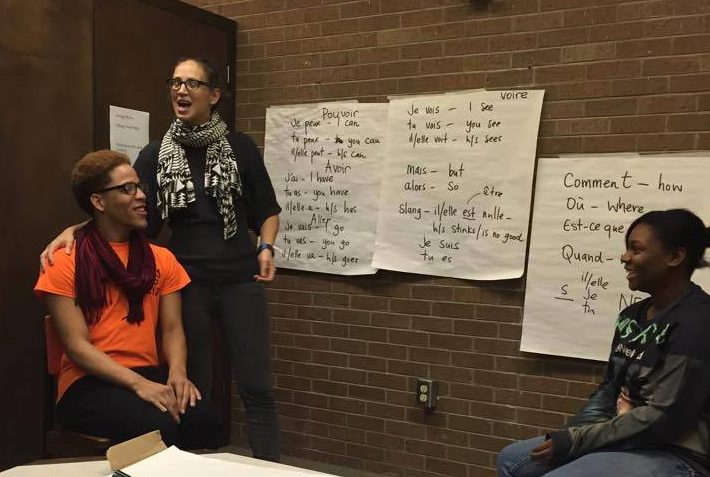 Similar scenes play out across the country now that study?abroad programs are standard fare in many?schools. It’s not uncommon for?American students to travel?as far as China and as early as their middle school years. But in the Delta, especially among African American students, traveling abroad is very much atypical. This is consistent with national trends, which continue into college: black students make up?nearly 15 percent of U.S.?postsecondary enrollment?but?only?5.6 percent of students who study abroad.?

Dr. Karyn Sweeney is one of the leading researchers?on the under-representation of students of color in study abroad programs. She?has found?that the factors for non-participation?include ?finances, lack of family support, and a lack of program sites of interest to students of color.? These obstacles mirror what the group of Delta students face, with finances playing the biggest role. Universities and colleges are working hard to redress this discrepancy as the impact of a study abroad experience can be particularly meaningful. Through anecdotal research, Sweeney found that ?… students may develop a stronger national identity? [they] may be surprised to discover that they are seen first as Americans by members of the host country rather than a person of color.? Ironically, it is the act of leaving one?s home country that have helped students of color recognize greater bonds of American nationalism. Traveling?abroad offers can benefit?all students, but Sweeney posits that students of color gain an additional insight. The push to increase the number of students of color participating in such opportunities need to address head on the obstacles they continue to face in making this choice.

The majority of the Quebec-bound students will be the first in their family to own a passport, and simple tasks such as procuring original birth certificates, proper government identification, or opening bank accounts pose challenges unseen in middle class America. An Atlantic article examined access to travel among various demographics and concluded that income and education levels are directly correlated with?passport ownership.?Mississippi, which fares poorly on most?measures of income and?education, is no outlier: one in five Mississippians owns a passport ? the lowest rate in the country.? 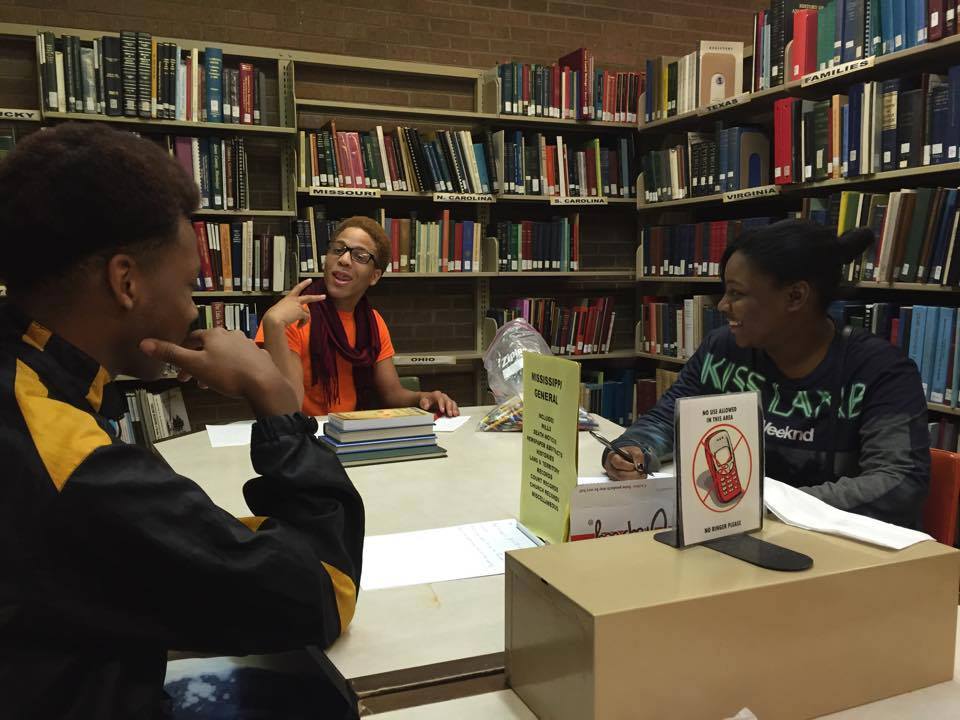 So far, the students?have overcome every obstacle?in their way.?Sam counts the days until his 18th birthday so that he can open his bank account without an adult co-signee. Many have jobs at local fast food restaurants and dutifully contribute $40 or more at each meeting, chipping away slowly at their remaining balance. Others wait for tax refunds?to help pay off larger chunks. Marnesha, the group?s lead writer, is busy completing an application for a travel scholarship. Their families are supportive, but the students know that they will have to pick up much of the tab?themselves. They are often expected to help contribute?to family expenses, which can make it even harder to save. Sam recently helped pay for his little brother?s football equipment and his mother?s water bill the month prior. Others, like Tim and his family, have reached out to their church community to supplement his contributions. Marnesha successfully launched a GoFundMe page and has already collected enough for her deposit and part of her airfare.?Little by little they are seeing the fruits of their labor.

Behind?their?hard work?is the desire to experience a place and?culture that is radically different from their own.?The?Mississippi Delta is isolated in nearly every sense. Greenville’s?closest major airport is two hours away. Residents are also?isolated from one another. The local high schools are?highly segregated: more than 98 percent of students?at Greenville High are African American. White students go to the?private academy down the road.

It can be easy to get?discouraged in the Delta. The region’s public schools?struggle with inadequate supplies and teacher shortages. Attracting and retaining foreign language teachers is extremely difficult. At most,?Greenville High School?offers two years of foreign languages.?This year the students ?meet? with their French teacher via video conference twice a week.

In contrast with the?Delta, where most families have several generations worth of roots, Quebec City is a large melting pot of nationalities: 12.6 percent identified?as immigrants in 2010. It?s a Canadian city of significant importance that exudes a progressive and multicultural ethos. The students hope to find inclusivity and acceptance in their host city, but they are also prepared to have their ideas challenged as they test their values against the outside world. This is an important part of why they are traveling abroad. Nothing, in their opinion, helps shape their understanding of their world like being a total stranger.

It will not be their last adventure. Each of the students has?college plans after finishing high school. Although still a junior, Tim is looking at schools on the Gulf Coast that have strong soccer programs, while Sam plans to go to Alcorn State University to major in psychology. Marnesha, a senior, was recently accepted to Millsaps College on a full scholarship.

Though they are eager to leave their hometown, the students also have a sense of responsibility to their community and their families. Marnesha, the eldest of six siblings, recognizes the doors this travel abroad experience might open for her younger siblings. Sam understands that his choices are a constant reflection of his upbringing and his ambitions. This trip is no exception: it will make his college application stand out, and an experience he can add to his resume. Tim explains, ?I really love having this opportunity to get a start on viewing the world. And it?s so nice to have my friends and family cheering me on.?

As the trip approaches, their?optimism remains high. They?recognize that this?trip is?an opportunity not afforded to many teens in their community.?As?Marnesha says,?”As humans we can only move forward towards our destiny; regression is not an option, because in life, it does not matter what cards you’re dealt, it’s all about how well you play them.”

This is part of a series called My Mississippi, in which Mississippians are invited to share narrative essays?about their?experiences in and relationship to the state of Mississippi. If you are interested in sharing your Mississippi story, please email jake@winterinstitute.org.?