The Mississippi Senate has passed a plan that?would add more individual income tax cuts to Lt. Gov. Tate Reeves’?original $380 million proposal. The new plan is another example of drastic tax cuts that would largely benefit corporations and wealthy Mississippians. It would cost an estimated half-billion dollars and would erode our ability to support schools, universities, roads and bridges?all areas that are starving for investment. These tax cuts will undermine our future by making it harder to invest in what makes Mississippi?s working families productive.? 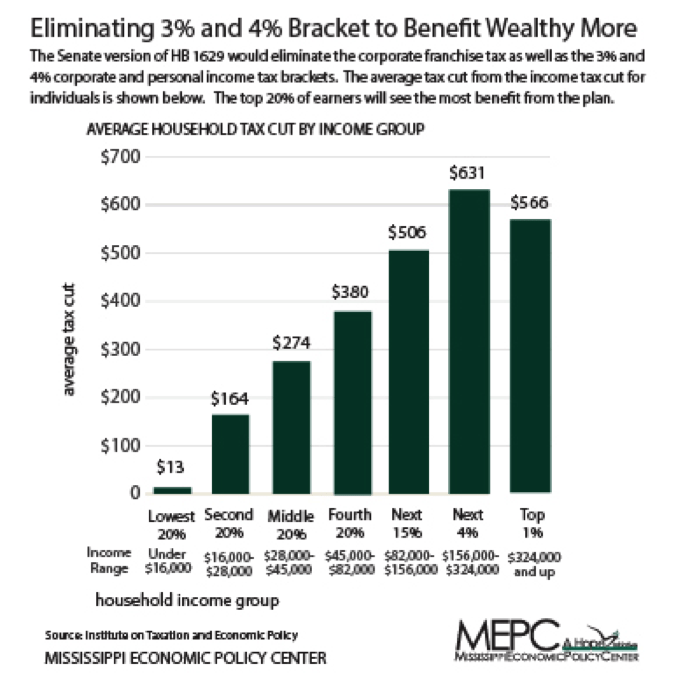 The Senate finance committee voted on the new plan yesterday, and the whole Senate will likely vote on the new proposal today.

The new plan includes eliminating the corporate franchise tax as well as both the 3 percent and 4 percent corporate and personal income tax brackets and adding a self-employment tax deduction.

The?cost of big tax cuts may require Mississippi to raise revenue in the future through higher sales and property taxes, both of which hit lower- and middle-income earners hardest. The result will be worsening schools and roads and a tax shift away from the wealthy and onto working?families.