Why 3 percent growth won?t really ‘cover’ the costs of eliminating the income tax

As the Legislature wraps up floor debate on general bills, they will soon turn again to debates on tax cut plans. One of those plans includes the House plan to phase out the individual income tax that will be under consideration in the Senate. Individual income taxes are Mississippi?s second-largest revenue source behind sales taxes, bringing in about $1.7 billion annually and making up almost one third of all general fund dollars that pay for?schools, universities, mental health resources, public safety, and other key services. 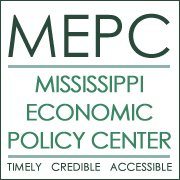 The plan proposed by the House to phase out the individual income taxes includes a trigger mechanism that will only allow the cuts to take place when revenue has grown three percent over the previous year. It is proposed that this trigger will protect state revenue from falling too sharply and will allow revenue growth to cover the costs of the cuts. However, the proposal does not account for the fact that as the general revenue grows, the income tax would also grow. In fact, if the income tax grows 3 percent each year for the next 15?years (the same period of the proposed phase out) the income tax would bring in?$2.7 billion instead of the $1.7 billion currently.

During that time, costs for services will also grow. The state depends on revenue growth to cover increasing costs for goods and services such as gas for school buses, asphalt for roads, and health care. Wages and benefits for teachers, state troopers, and other state workers will also rise.

By phasing out the income tax, Mississippi will see significantly less in tax revenue than it would have otherwise. That means there will be less funding for education, workforce training programs, mental health services and healthcare. Even with the trigger mechanism, the phase out-of the individual income tax threatens the state?s ability to produce a well-trained, skilled and healthy workforce.