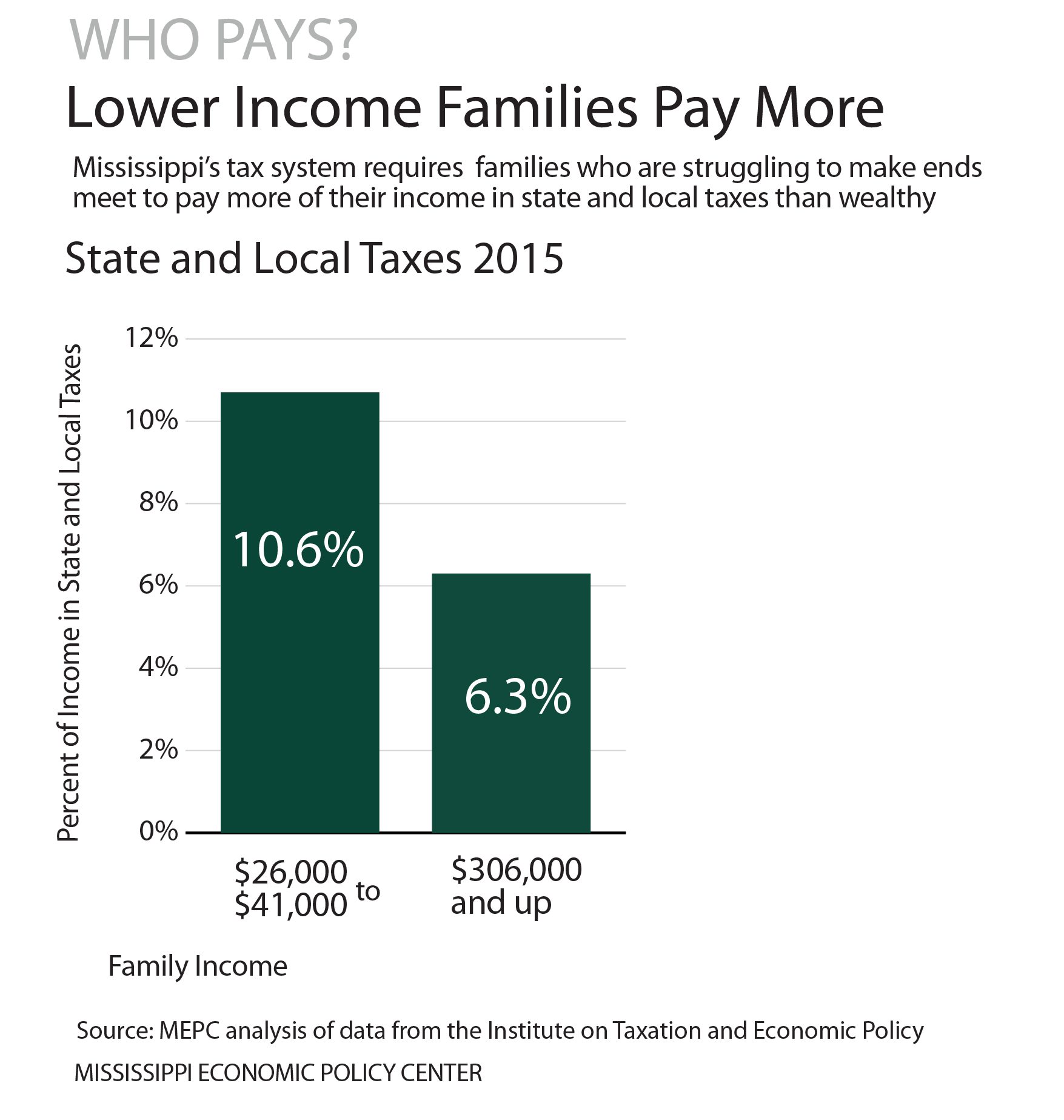 Mississippi families who are struggling to make ends meet are paying more of their income in state and local taxes than wealthy Mississippians. Tax reform efforts should aim to improve?our tax system for these families. A state?Earned Income Tax Credit that not only offsets state income taxes but also provides a refund of some of their sales taxes paid would be a good start to make the system more balanced.

Mississippi families who earn less pay a higher percentage of their income in taxes than families who earn more. This is because of the state?s high reliance on the sales tax. Every Mississippi resident, regardless of how much money they make, pays the same sales tax rate on their purchases. ?Further, Mississippi charges its full sales tax on groceries ? a necessity for families that only one other state fully taxes.

Also, while Mississippi?s income tax is designed so that higher income earners pay?a higher rate than lower income earners, it is mostly flat. For example, with standard exemptions and deductions, a family of four who earns $30,000 pays taxes in the same bracket as a family earning $3 million.

A state Earned Income Tax Credit that not only offsets income taxes for families not earning enough to cover their basic financial needs, but that also rebates a portion of the sales taxes these families pay is one way to provide a more balanced tax system. Governor Phil Bryant has proposed a more limited state credit that would only address income taxes and therefore would not help families who are struggling most.