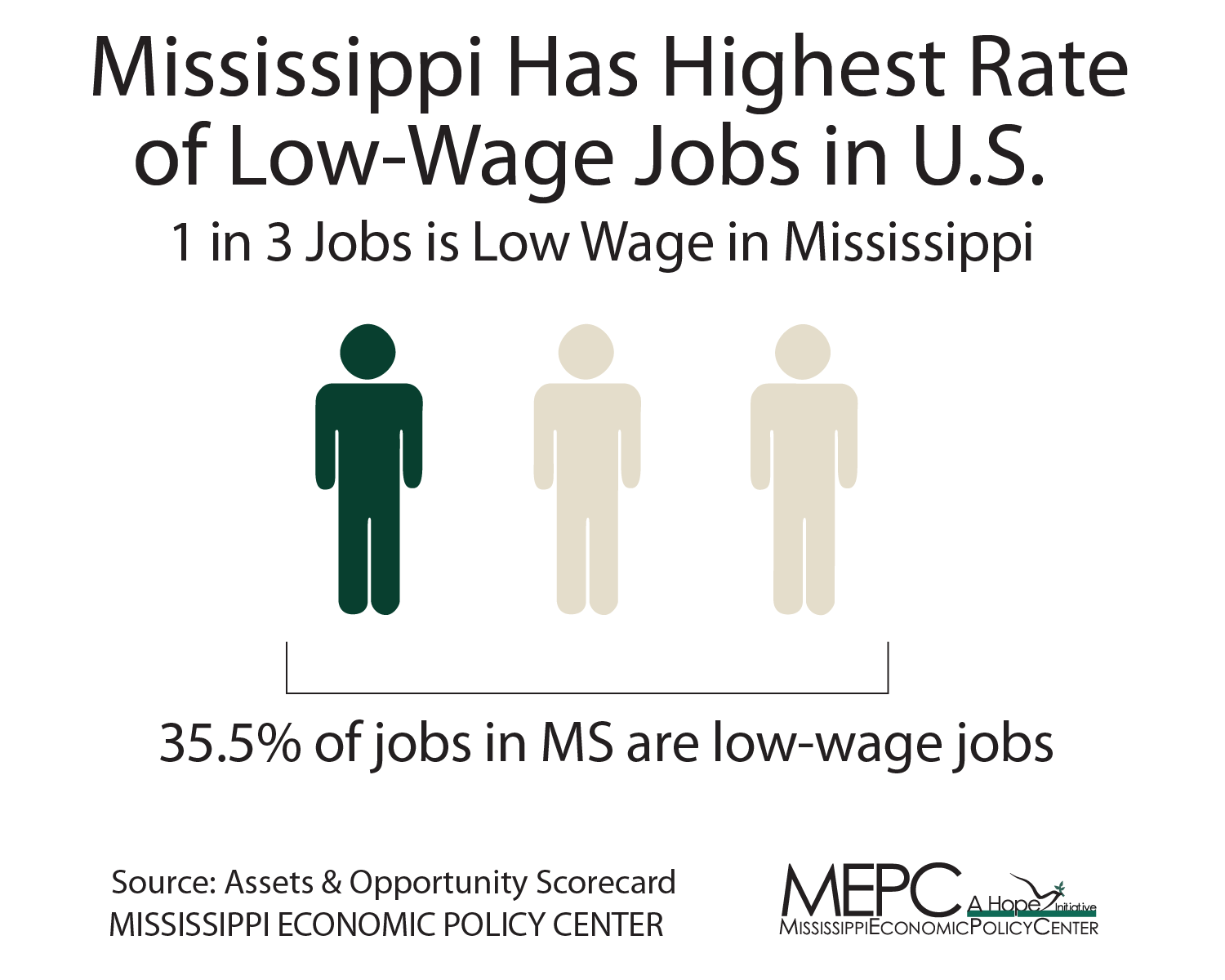 This month, the Mississippi Economic Policy Center continues to explore the impact of jobs in the state. Accordingly, this blog focuses on one of the most important aspects of job quality ? wages. Although signs point to an improved economy and jobs numbers have slowly increased at both the national and state level, the quality of jobs created is an area of concern.

At present, job growth is outpacing income growth in Mississippi. Currently, new jobs available in the state are in occupations with low wages, like part-time or temporary jobs, which tend to lack other important benefits like health insurance, paid sick leave, and paid vacation. While job growth is a positive for the state, it is not in high-wage areas ? areas that ultimately provide families with long-term financial security.

Mississippi has the highest rate of low-wage jobs in the nation. Low-wage jobs refer to the percentage of jobs in occupations with median annual pay below the 100 percent poverty threshold for a family of four ($22,314).

One-third of all jobs in the state are low-wage jobs. In other words, 35.5 percent of jobs are in occupations that provide poverty-level wages. This is 14.5 percentage points higher than the national average. 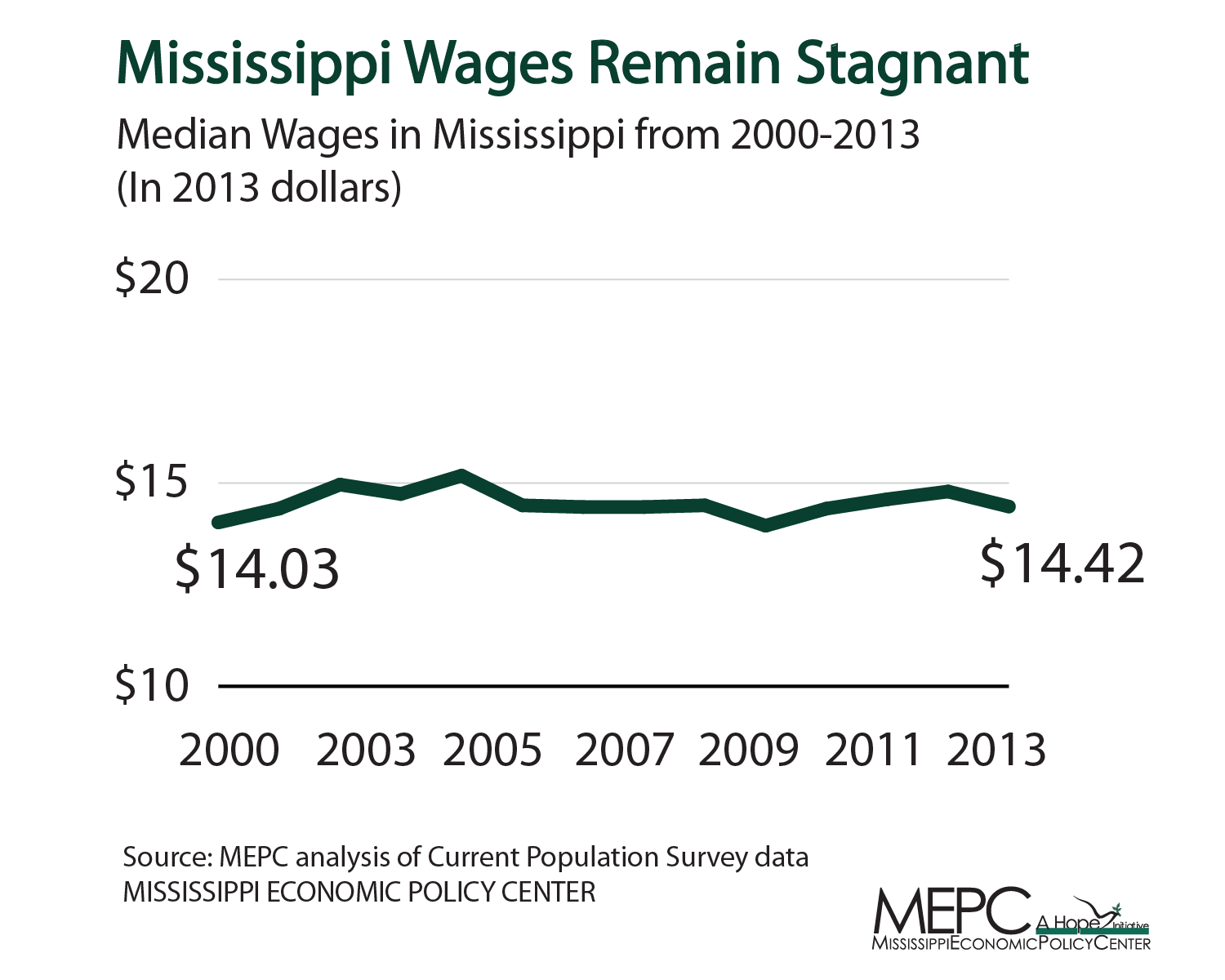 Mississippi?s workforce has experienced relatively minimal changes in real wages since 2000. This makes it increasingly more difficult for low-income working families to lift themselves out of poverty and save and build assets for future investments, like post-secondary education or home ownership.

In 2000, median wages in the state were slightly above $14 (See Chart). Real wages peaked at $15.18 in 2004, but the state?s workforce has not seen an improvement in its wages since then, even though indicators point to an improved economy.

Mississippians are among the most financially vulnerable in the nation. The prevalence of low-wage jobs coupled with weak wage growth in the state has made it increasingly more difficult for low-income Mississippians to climb the economic ladder. It is important to look beyond the basic job numbers to evaluate job quality and whether the jobs created allow for long-term financial security. Next week, MEPC will explore the impact of tax cuts on jobs in Mississippi.