Or anything online, for that matter.?

The Census Bureau’s 2011 survey of internet use?found Mississippi to be the least-wired state in the country. More than half of Mississippians had?no home internet access, and 41 percent had?no way to get online?at all. Only two in 10 Mississippians were?”highly connected” — internet both inside and outside the home?on?multiple devices.

So why does this?digital divide matter? Because it threatens to set Mississippi further behind the rest of the country economically and socially.

According to a Pew Research Internet Project?survey, more?than 60 percent of Americans think that not having home internet access makes it tougher to hear about job opportunities or acquire?career skills. Majorities feel that it is a disadvantage in getting health information, learning about ways to improve and enrich their lives, using government services, and keeping up with news and their communities.? 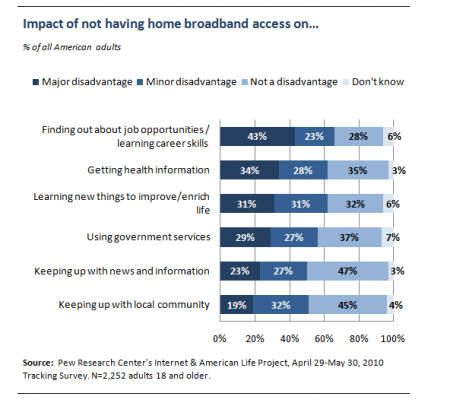 Put simply: If any state needs the opportunities that the internet provides, it’s Mississippi.