Here?s what we thought about this week, the 10,243rd in Mississippi state history: 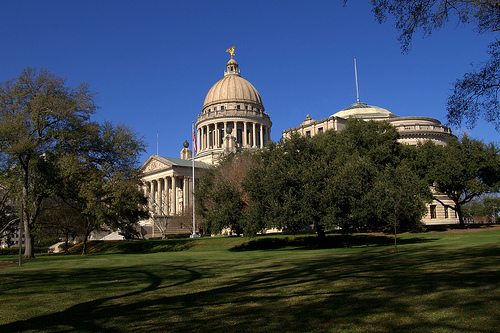 Indeed, the legislative session ended with a bang, not a whimper. As Bobby Harrison of the Northeast Mississippi Daily Journal reported:

Some of the year?s most controversial bills came up for final votes on Tuesday and Wednesday.?SB 2681, the Religious Freedom Restoration Act,?was passed and signed into law, prompting scorn from many national media outlets:?

A proposal granting?vouchers for special-needs children to attend private schools?was voted down with bipartisan opposition. And a bill that banned abortions after 20 weeks of pregnancy?received the Governor’s signature. Even in this pro-life state, the abortion ban encountered outspoken opposition. Take?Sen. Deborah Dawkins?(D-Pass Christian):

?”It occurs to me, over the past few years, that a lot of men do not understand how a female body works.”

We published the first two installments of a three-part series on income inequality and economic mobility by our friends at the Mississippi Center for Justice. From part one, “Slicing the Pie: Mississippi’s economy puts the few ahead of the many”:

As we are now learning, national trends have helped to calcify the existing economic hierarchy in our state. And because Mississippi is less economically diverse than many states, there is little hope for major industry growth or for influxes of entrepreneurs. This leaves us at a pronounced disadvantage bouncing back from a fractured economy. In a familiar and bitter refrain, Mississippi?s poorest have grown poorer, the rich have grown richer, and the middle class has shrunk. Our poverty rate is the highest in the nation and it is rising. And there are no signs that departed manufacturing and agricultural jobs are coming back in any meaningful way.

Prior to that, Chris Aloia called attention to the growing racial disparities in childhood obesity, despite the overall success of the Mississippi Healthy Students Act (MHSA) of 2007:

One possible explanation for racial disparities under the MHSA may come through a line of recent research on racial/ethnic differences and early life risk factors. Black, Hispanic, and Native American preschool-aged children have been found to exhibit a higher number and range of?risk factors associated with obesity?than their white peers.

Social context also plays an important role in health. Black Mississippians have historically faced exclusion and discrimination by the state?s health care system. For many, access is still constrained.

Applying this lens, it is entirely possible that the interventions from the MHSA may improve the conditions of one child in a classroom without addressing the needs of the child sitting beside her.

Mississippi’s child poverty rate grew from 29 percent in 2003 to 35 percent in 2012, according to new data from Kids Count and the Annie E. Casey Foundation:

Let’s be clear. MS already has a “license to discriminate.” Defeating #SB2681 does not replace the need for affirmative LGBT protections.

#LGBT community, read this -> As #SB2681 Passes, A Gay Mississippi Businessman Talks Back to the Far Right http://t.co/MlmVrjY5Ss

“Never pick a fight with people who buy ink by the barrel”: UM’s Greeks better listen to @thedm_news: http://t.co/eTWjYHnVwO @GanucheauAdam

For this behavior to cease, it is NECESSARY that we expose it and continue the dialogue. That’s a benefit of an aggressive student paper.

Babe Ruth hit his final two home runs, numbers 713 and 714, off the “Mississippi Mudcat” Guy Bush, of Aberdeen. But don’t let that off day fool you; the Mudcat racked up an impressive 176 wins during his big league career.

Check back Monday for part three of MCJ’s series on income inequality and mobility. We’ll also have an analysis of the increasing privatization of the state’s Medicaid program.