Slicing the Pie: Mississippi’s economy puts the few ahead of the many

This is the first of the Mississippi Center for Justice‘s three-part series examining economic inequality and mobility in Mississippi. Read parts two and three.? 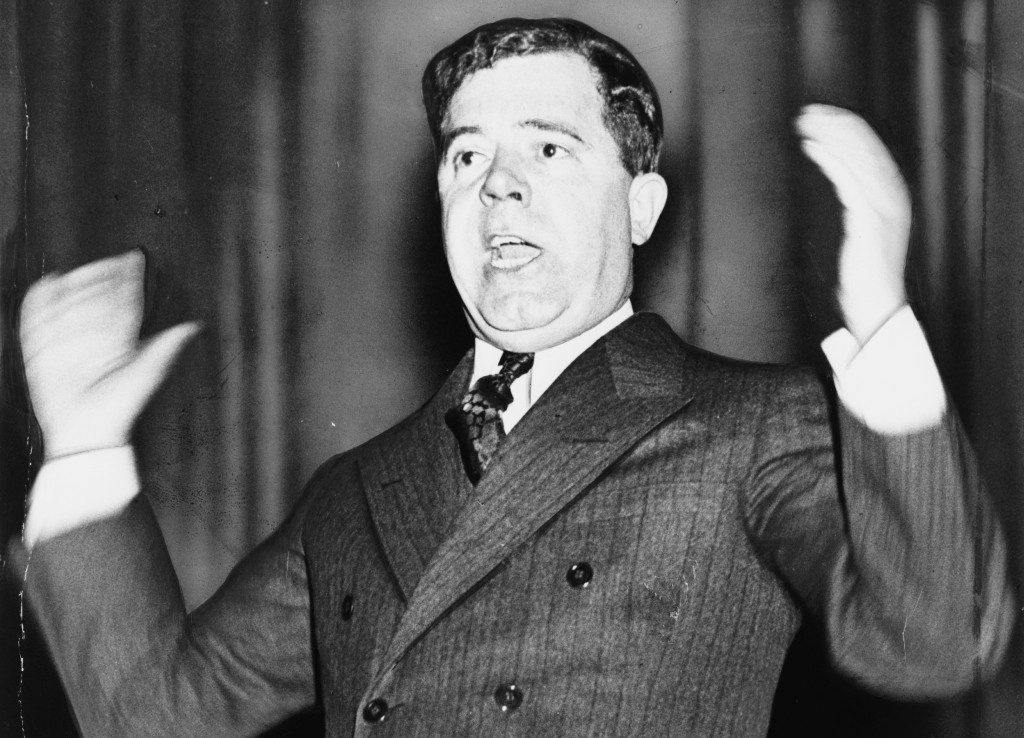 But when they’ve got everything on God’s loving earth that they can eat and they can wear and they can live in, and all that their children can live in and wear and eat, and all of their children’s children can use, then we’ve got to call Mr. Morgan and Mr. Mellon and Mr. Rockefeller back and say, come back here, put that stuff back on this table here that you took away from here that you don’t need. Leave something else for the American people to consume.

The ?Share the Wealth? campaign launched in the darkest days of the Great Depression struck a chord in American politics and culture at large. During this era, Americans of every stripe and background learned about Wall Street abuses and the concentration of wealth in America. The Occupy Movement echoed the same concerns after the Great Recession started in 2007. Today, that cry still resounds, and it raises vital, urgent questions, especially for those of us in the Magnolia State: Over the course of two generations, how much has changed for working families in Mississippi? And what, if anything, can we do about it? This three-part series will explore these questions, which couldn?t be timelier.

Perhaps it was the emergence of a strong middle class in years following World War II that gave the American Dream its tailwind in the latter half of the last century. Perhaps it was helped by the efforts (arguably ineffective) to redress the disenfranchisement of individuals based on race and ethnicity. Surely the unions and collective bargaining helped it along. In any case, upward economic mobility seems so entrenched in the American story, that presenting facts challenging this popular narrative is taken by some as nothing more than a fringe political view. In fact, Huey P. Long was considered a radical populist, just as many viewed the Occupy Movement as a naive attack on the free market and all its potential bounty.

Regardless, economic disparity can swing a brutal hammer into the mirror of the American Dream. One reason the income divide may become more pronounced in times of economic downturn like these is that it is real, and shared peril gives us occasion to reflect inward. Though poverty has always existed in the U.S., stagnant wages, weakened job markets and steepening costs of living have brought middle class Americans ever closer to distressed economic conditions, even plunging some of them straight into these murky waters. What?s more, children of middle-income earners today are less likely to make more money than their parents, while those who start in poverty are at an increasing risk of being driven further into it. At the same time, top earners continue to acquire wealth, no matter what happens to the wages for most Americans.

Perhaps more than anywhere else in the nation, Mississippians’ collective experience is shaped by poverty and economic hardship. But?while the Occupy Movement urgently pushed for a system that works for the bottom 99 percent as well as the top 1 percent, it seemed too distant to connect with many Mississippians? everyday lives. If you were looking for the Occupy Movement here, you would have seen only a short-lived small gathering at the state capitol.

As we are now learning, national trends have helped to calcify the existing economic hierarchy in our state. And because Mississippi is less economically diverse than many states, there is little hope for major industry growth or for influxes of entrepreneurs. This leaves us at a pronounced disadvantage bouncing back from a fractured economy. In a familiar and bitter refrain, Mississippi?s poorest have grown poorer, the rich have grown richer, and the middle class has shrunk. Our poverty rate is the highest in the nation and it is rising. And there are no signs that departed manufacturing and agricultural jobs are coming back in any meaningful way.

A new economic study?from the Economic Analysis and Research Network (EARN)?shines a telling light on some historical income trends between Mississippi?s top and bottom earners. The report applies a very credible method?developed by economists Thomas Picketty and Emmanuel Saez, which laid the foundation for the contemporary discourse on wealth concentration in America. The EARN report used tax returns, rather than surveys, to glean data, providing numbers paint a much more reliable picture.

Here are the results:

As in much of the nation, the 1 percent — Mississippians making over $234,876 –?have seen a heady growth in real income, drastically outpacing the state?s 99 percent. For instance, between 1979 and 2007, the real per capita income of Mississippi’s top 1 percent grew 93.4 percent, while the real income of individuals in the bottom 99 percent grew by 24.8 percent. When we dig deeper, we find that the wealthiest 1 percent captured about $3 of every $10 of economic growth during that period, while the rest was spread thinly across the other 99 percent of taxpayers.?All said and done, the average member of Mississippi?s top 1 percent earns 15.2 times as much as the average member of the 99 percent.

Mississippi has a top-heavy economy, though Mississippi’s top 1 percent would not qualify as “1 percenters” in many more prosperous states.?Even the wages of Mississippi?s highest-earners have grown at a much slower pace than other states’, and real income for Mississippi’s top 1 percent declined 4.8 percent during the recession years of 2009-2011. These data suggests a stagnant state economy incapable of creating great wealth, much less sharing it broadly.

In fact, Mississippi has one of the smallest gaps between its top 1 percent and bottom 99 percent, though not because of a commitment to equity.?Mississippi’s?tax code?has only widened economic disparities. Mississippi?s poorest families spend 10.4 percent of their income on state taxes, while the richest pay 6.5 percent. Such regressive policies severely limit families abilities to build wealth and to stay ahead of their expenses.

Overall median household income is Mississippi is far lower than the national average and the unemployment rate has remained one of the highest. While the state’s rich are doing fine relative to most, the late 1990s to mid 2000s proved to be a “lost decade” for Mississippi?s low- and middle-income homes. Mississippians in these categories experienced a 17.3 percent and 5.4 percent decline in income respectively. While the state?s bottom and middle 20 percent of earners experienced significant declines, the richest 20 percent saw their household income increase an average of 19.1 percent.

As gaps over the past few decades between rich and poor widened to an extent that may not be lessened for generations, most of us were oblivious to the trend. Today, there is a major?disconnect?between how most people think wealth is distributed and how it actually is. Researchers found that while most Americans think the top 20 percent of earners own a little less than 60 percent of the nation?s wealth, in reality the top 20 percent own about 85 percent of wealth. And when asked to describe what an ideal wealth distribution should look like, nine in 10 people favored a much more even distribution than the data reflects. Clearly, given a chance to create fair, equitable economic conditions in line with the American way of doing things, most of us would design an economic reality much different and arguably fairer than the one we currently live with.

One of the reasons these trends from 1979 forward should alarm us all, as researchers point out, is that they mark a ?…sharp reversal of the trend that prevailed in the mid-20th century.? Looking at tax return data from 1928 to 1979, the top 1 percent continued to do extremely well, but their relative slice of the income pie declined in every state except Alaska, which tells us that wide imbalances in U.S. wealth concentration are not the inevitable result of our free market system. Instead, they are byproducts of policies and changes in society: in other words, things within our control.

The rewards of productivity were distributed more broadly during the mid-20th century due in part to a high minimum wage, low unemployment, widespread collective bargaining, and a culture more sympathetic to the worker. This is in stark contrast to the current reality in which employment opportunities have diminished, wages have frozen, and the gap between CEO and laborer pay has grown by an unfathomable degree.

In tomorrow’s installment, we will dig deeper into these stark realities. We also will take a sober look at the stagnation of wages and the barriers to vertical mobility in Mississippi.